WICHITA FALLS, TX (SEPT. 11, 2020)—Mission Broadcasting television stations in 21 markets across the United States tonight were forced off Dish Network’s satellite distribution system at 7 p.m. ET, when the contract between Mission and Dish expired. Millions of Dish subscribers have been left in the dark just as the National Football League is beginning its regular season this weekend. Dish subscribers also have lost their access to the NBA and NHL playoffs, college football, and the local news, weather and traffic offered by these local stations.

“This is, sadly, typical behavior for Dish—the company constantly puts its subscribers in the middle, denying them programming they’ve already paid for rather than negotiate in good faith,” said Dennis Thatcher, Mission Broadcasting’s President. “All we are asking for is the same fair agreement we have come to with each of our other cable, satellite and teleco providers. Mission has a long track record of negotiating fairly and avoiding service interruptions in our markets. That’s simply not the case with Dish. We don’t want any of our viewers in our local markets to miss these the start of the NFL season or the basketball and hockey playoffs. But, once again, Dish has decided to take advantage of its subscribers.”

Today Mission Broadcasting, Inc. promoted Sharon K. Moser to the position of Vice President and Corporate Controller for its group of commercial[…] 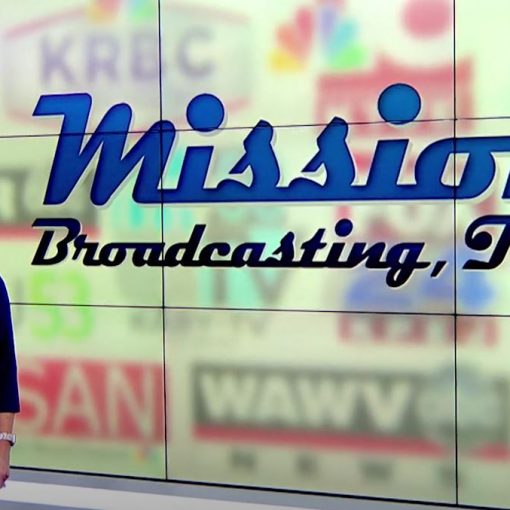 This summer marks the 25th anniversary of the founding of Mission Broadcasting, Inc. Our founder, David Smith, secured his first station on[…]